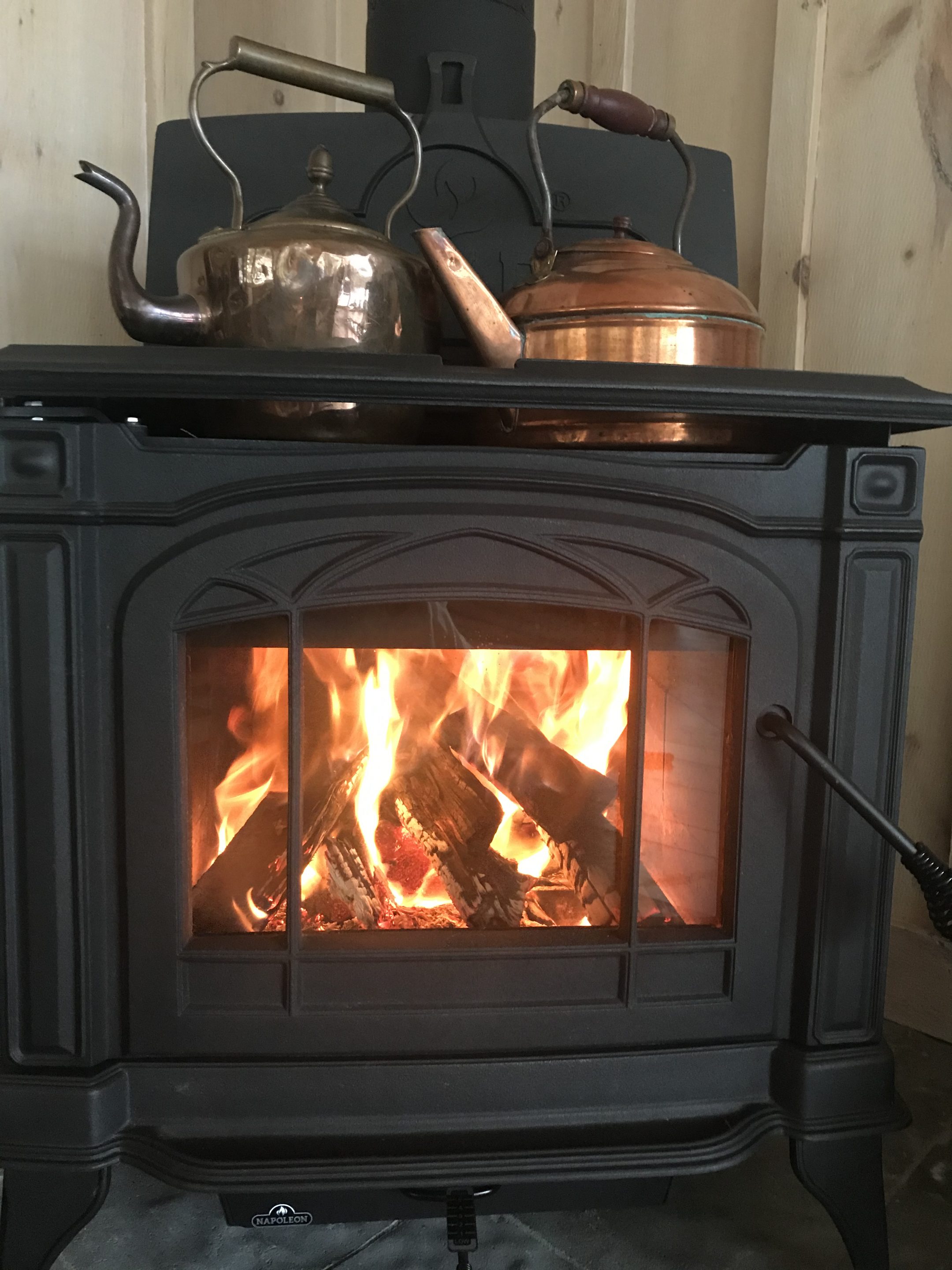 There’s a lot of myths and misconceptions about chimneys and wood-stoves, many simply from lack of knowledge and some from myths passed down over the years.  ‘My downstairs fire connects to the fire upstairs in my bedroom’ For the most part is is incorrect. The flues may be in the same chimney but there is no connection. Maybe if something was built in the mid or early 1800’s this may be the case, although not necessarily so even then. And if it were built then, it would be a large estate home. Even older homes I have seen in Barrie, Midland, Penetanguishene all have separate flues. Any home built since the mid to late 1800’s will likely have a separate flue. However, if two fireplaces were indeed connected to a single flue it would be a problem and work would be needed. Our chimney camera can verify this for you with 100% assurance if necessary. ‘I have a chimney liner and it does not need need cleaning’ Very, very wrong. Liners need regular cleaning. Even over the past few weeks we have cleaned liners and unplugged blockages. Keep in mind they are only typically six inches in diameter and sometimes smaller – some will even install a five inch liner which is almost always a disaster waiting to happen. Keep in mind that liners will also over time corrode and break down, the lower cost ones from big-box stores wear down much faster than premium liners – but they all do eventually fail. ( when I say much faster – the consumer grade ones from big-box stores only have half the live span of premium liners ) Have your liner cleaned on regular basis and you’ll get the maximum amount of life out of your liner. Also note – DO NOT use push brooms to clean a liner EVER. ‘I use Chimney Sweep Logs so do not need any other cleaning’ Wrong again, very, very wrong. It is true that the logs, which contain magnesium, will assist in transforming creosote glaze into a form that is more readily removed. But it will NOT remove or magically make creosote disappear. It is science we are using not black magic. It is okay to use occasionally but never burn more than one at a time and never depend on them to clean your system. ‘We had a fireplace when I was growing up, so I know how to use a wood-stove” Wrong again. A fire is not a fire and a wood-stove is not a fireplace. They have some things in common as does a typewriter with a computer, but are not the same appliances or wood burning systems. However they both need cleaning by a professional sweep on a regular basis. ‘My chimney sweep will need to go on the roof to sweep the flue’ Actually virtually every Certified Chimney Sweep I know has rotary power sweep systems and clean from the bottom up. It has been proven over and over that these systems clean better than do the older push brooms in most cases – and you are not getting what you deserve if your sweep does not use one. In fact with some situations like a liner, damage can be done by push brooms, we have changed two liners in the past year caused by sweeps with push brooms. ‘You can sweep a chimney with just a vacuum cleaner’ This is very wrong. Sticking a vacuum up a chimney for two days will not clean it. Ever. To clean creosote one needs a tool that is abrasive, the best in most cases being a rotary power sweep. ‘It’s best to get my chimney cleaned before I start using it’ Really in many cases the exact opposite is true. If you have a stainless steel chimney or a stainless steel liner, it is better to clean it at the end of the burning season rather than at the beginning of the next. A good time to think about it is the April/May time frame or even later into the summer – but early is a good idea. This is to ensure that any soot deposits are out of the flue during summer, a time when natural moisture content levels in the air tend to be at their highest. Remember, stainless steel does corrode so the less time it is laying there, the better. ‘It’s easy to get a chimney sweep at short notice, so I’ll wait until the last minute to book one’ Wrong again, especially if the sweep is any good. They will be in demand. Although we do try to move as many regular customers out of the fall as possible as the vast majority of new clients will call from mid-August through to December and we do like to help as many as we can. But it is good to ‘Book Early To Avoid Disappointment’. ‘Anyone can shove a brush up a chimney – it’s an old, unskilled job’ Sweeping may be an old profession, but it is a skilled trade which requires years of experience and training to perfect and do it right. Further to this good sweeps who are certified no longer even use push brushes or brooms, but have moved over to the dramatically superior rotary power sweep systems. They also have cameras, manometers, etc.. lots of training and lots of sophisticated equipment. It takes years to get good at the job and a good sweep is something you will never want to trade for that friend down the road – once you realize the difference that is. ‘All sweeps look/sound like Bert from Mary Poppins’ Okay I threw this in for fun, but trust me, we don’t. And we rarely sing and dance either.