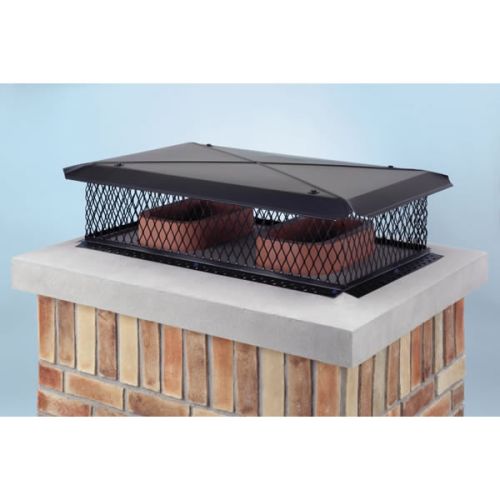 Often times we get customers who say their fireplace or wood-stove has smoke coming in, they can smell in another part of the house. Often times this is when another wood burning system is located in the house which shares the same chimney. For example a fireplace is in the main living area which is being used and a wood stove in the basement has a smoke smell. They think that maybe the two share the same flue or that the smoke is somehow leaking between the two. The two very likely do not share the same flue, while that is not impossible it is somewhat improbable as systems have been built with separate flues in our area for many decades. And if it does indeed have two flues a leak between the two is also somewhat unlikely. Now I would never say neither are impossible but let’s say improbable. The most likely situation is you have two flues in same physical chimney which terminate beside each other and are at the exact same height. Often times you will see a brick or stone chimney with two or even three clay liners sticking up and located very close to each other. Now when they are only a short distance away from each other and at the same height problems can occur. Why? Well generally a couple of reasons may be the cause and both are really elementary physics. The first is because the fire upstairs is pushing or exhausting air out of the house, and every cubic foot of air that leaves must be replaced by outside air. Fireplaces have for some time been mandated to have an outdoor air supply built with them during construction and by using that it may help. Most factory built fireplaces also have outdoor air provisions, however these are not always connected, depending on who installed the unit. Wood-stoves rarely have outdoor air supply. If the house is well sealed from any air leakage, as many newer homes and some older homes which have been renovated may be, then the air needs to find another entrance or at least an easier one. The open flue in the basement is a good source of air, and it simply draws air down the flue to replace air exhausted out the other one. Now this may work some of the time successfully but there are reasons when it may not work well. Those are atmospheric pressures on the outside which prevent the smoke from quickly rising upward and away. This can cause a smoky area around the chimney and cause smoke smells to be drawn down the second flue as it replenishes the room air. The second possible is due to again physics, air temperature and pressures. Often times you can put your hand into a chimney and simply feel the cold air coming down, sometimes barely but other times likely a wind storm. If the wind is naturally being drawn down the chimney, it also can pull smoke from the chimney beside it for similar reasons to the first explanation. So how do you fix that problem? Well really it takes a good Chimney Sweep to diagnose the problem and find solutions. Some will have no idea but may offer ideas, which will only cost money and offer no real benefit. I prefer to perform tests to determine actual cause first and then work toward a permanent solution rather than simply spending your money. However, chimney cameras, manometers, infra-red cameras, laser measuring devices and understanding of physics can all have a place to find the best solution. It is about having the right tools, education and experience and not simply guessing and hoping for the best. If you have a problem we would be glad to help.